Viktor R. Yashchenko was born on June 3, 1935 in Kyzyl, Tuva AR, USSR. Right after graduating from Novosibirsk Institute of Geodesy, Cartography and Aerial Survey Engineering he immersed himself into expedition life.  Ten years of working in Novosibirsk Aerial-Surveying enterprise made a great milestone: first as a foreman, then a party-team leader, after that a group-commander and later an expedition chief. Viktor Romanovich took most active part in field works conducted in remote and hardly accessible regions of Siberia and Extreme North. Sayano-Shushenskaya, Khantaiskaya, Kureyskaya hydro power stations and Abakan-Taishet railway line were designed and constructed using the secrecy topographic maps made under V.R. Yashchenko’s guidance and participation. The State Border with Mongolia was also demarked with the help of the same cartographic products. In 1970 V.R. Yashchenko was sent to work in Baku for arranging the Cartography-and-Geodetic Service of Azerbaijan. It took just seven years to found the Aerial-Surveying Enterprise 16, a cartography factory, four expedition centres, a geodetic centre and the State Geodetic Supervision Inspection. Victor Romanovich has always swapped all his rich professional experience with younger colleagues. During his working in Baku he lectured Geodesy and Cartography in Azerbaijan State University.

In 1977 there was a secondment to Tyumen oil-and-gas region for strengthening geodetic personnel. As a result, the expedition units were rearranged, and the Ural aerial-survey enterprise “Uralgeodesia” in the city of Sverdlovsk (today – Yekaterinburg) was founded, first in the history of the industrial branch. V.R. Yashchenko was appointed its General Director. The new head arranged implementing rapid surveying methods. The technology and materials were passed for using in fast developing regions of Samotlor and Yamal, Urengoy and Nadym. Due to this work outcome, a large group of employees was awarded. Viktor Romanovich got the Labour Red Banner order.

In 1983 V.R. Yashchenko was appointed the Deputy Head its Geodesy and Cartography Chief Department (the USSR Gosgeodesia) by the USSR Government decree; in 1986 – the Head of it. At this position he paid a special attention to development of automated mapping systems, to remote sensing the Earth, Venus, Moon and other celestial bodies. Actually he was among the founders of creating and editing large-and-medium scale digital maps. It was the time of wide using triangulation methods with its 30-50 meter marks, but satellite technologies of the locality coordinates definition started to appear. A member of the Soviet encyclopedic publications edition college (1986-1992), the Deputy Editor of the Venus Surface Atlas (1989).

Viktor Romanovich spoke at the UNO Conference; he made a report on using the Soviet satellite data for mapping the state territory. The author of more than 50 publications in the field of studying the Earth crust modern movement, two monographs were written by him.

V.R. Yashchenko was three times elected the Minussinsk city council deputy and twice of that in Sverdlovsk.

Four years he worked in Africa, Angola defense ministry as the consulting group head. He swapped the experience of creating high precision geodetic nets with the local partners and helped making the accurate maps of the country.

Today Viktor Romanovich goes on his activities passing the inestimable experience to younger generations of surveyors, map-makers and scientists of the field. In recent years V.R. Yashchenko has been working at a book of stories about everyday work of topographers, surveyors and map-makers, attracting the attention of the young to expedition life romanticism, studying the native land, making simultaneously his workmates recall their trail-blazing time. He published 14 books. Some stories were placed in various journals. In his student years V. Yashchenko even worked in the “Siberian Youth” newspaper as a freelance photojournalist. The literary debut took place in 1966, “Yenissei” journal. His eight stories about surveyors’ expedition life appeared in the section “Youngsters Creation”. Still at school V.R. Yashchenko took up photography. His photos appeared in newspapers. Each book is accompanied by a series of black-and-white shots taking the reader back to the world of Nature beauty – the tundra, taiga, steppes, showing life of field-workers, ordinary topographers, surveyors and map-makers due to whose labour the geodetic nets and accurate topo-maps were made; now the functioning of all everyday navigation devices by native and foreign brands is based upon them. 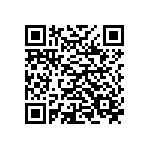